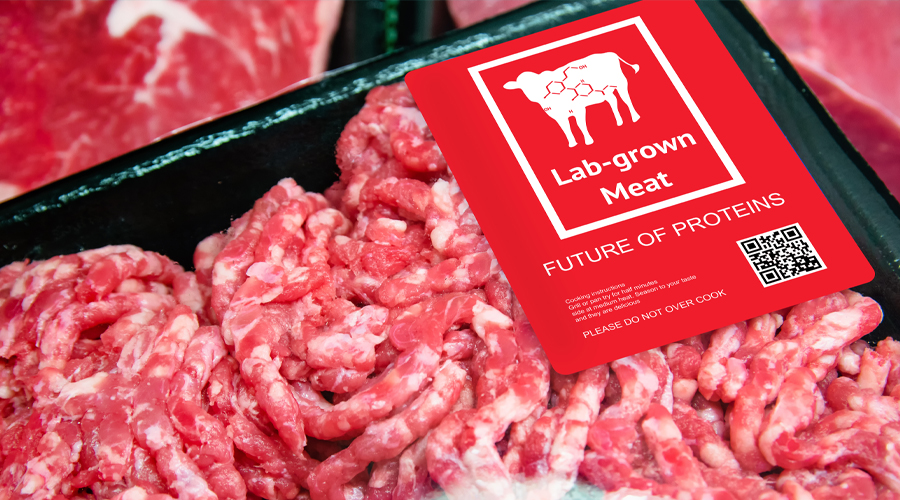 Wine without a hangover, real chicken meat grown in a lab, eggs made out of plants… While these concepts might seem like the inventions of sci-fi writers (and indeed, some of them are), they’re all real products being brought to market in 2021.

Technology and public eating habits are changing rapidly to keep up with increasing consumer concerns about sustainability and health. We take a look at the most radical developments set to change the way we produce and consume food.

The age-old question has finally been answered, with companies around the world proving you don’t always need a chicken before you get an egg.

San Francisco startup Eat Just has created an egg substitute, designed to look and taste like scrambled eggs once cooked. The custard-like product is made from mung beans, which are naturally gelatinous, and coloured with turmeric for a naturalistic colour.

Last month, Eat Just started supplying Dicos, a fast food chain in China that serves 600 million customers a year. China has a rich history of imitation meat that dates back hundreds of years, and mung beans are already a popular ingredient in Chinese cuisine.

In the UK, British company Crack’d recently launched in M&S Food stores nationwide, with a plant-based egg substitute that can be used in omelettes, cakes and Yorkshire puddings. While British consumers are still suspicious of ‘fake’ animal products, the vegan movement is growing increasingly mainstream. January 2021 was Veganuary’s biggest month ever, with 582,538 people signing up; almost 200,000 more than last year.

Would you eat meat that had been grown in a lab? ‘No-kill meat’ was recently approved for human consumption in Singapore, and the world’s first lab-grown chicken restaurant opened in Israel at the end of 2020.

Scientists claim that lab-grown is the only way we can continue to eat meat and preserve the planet, as this production method emits up to 96% lower greenhouse gases and uses up to 99% less land. Plus there is the ethical benefit that no animals are harmed at any stage.

However, some animal rights activists are worried that it will desensitize humans to how meat is produced.

With so many consumers still suspicious of genetically modified plants, we’re not sure if the world is ready for lab-grown meat yet. As for the Whippets, we did a quick poll to find out who would try it – and it was a 50/50 split.

The race to create hangover-free booze is on, with two companies edging closest to the elusive elixir.

In America, GABA Labs is working on Alcarelle, an ethanol-free alcohol alternative that doesn’t damage your liver or give you any hangover symptoms.

Last week, Sydney-based scientist Colin Dahl opened a bar to showcase his ‘healthier’ alcohol brand, OPPIL. Instead of removing the ethanol, Dahl has added red grape antioxidants, which balance out the ethanol toxins. It doesn’t eliminate hangovers completely but is designed to give drinkers minimal side effects.

Is it really such a game-changer, you might ask, when there are already so many low and no-alcohol beers and spirits out there? While these popular alternatives do a good job of tasting like the real thing, they don’t get you drunk.

It’s a cheering thought that scientists are focusing on products that will change the way we produce and consume food for the better.

We’ve only covered some of the futuristic food products that are out there in the wild. Keep an eye out for: sustainable, molecular coffee made from sunflower husks, which tastes, smells and looks exactly like coffee; vegan food colourings; and mealworms as the new on-trend protein, approved for human consumption by the EU last month.

Whatever the future holds, it’s clear that the food industry has a crucial role to play in shaping it.