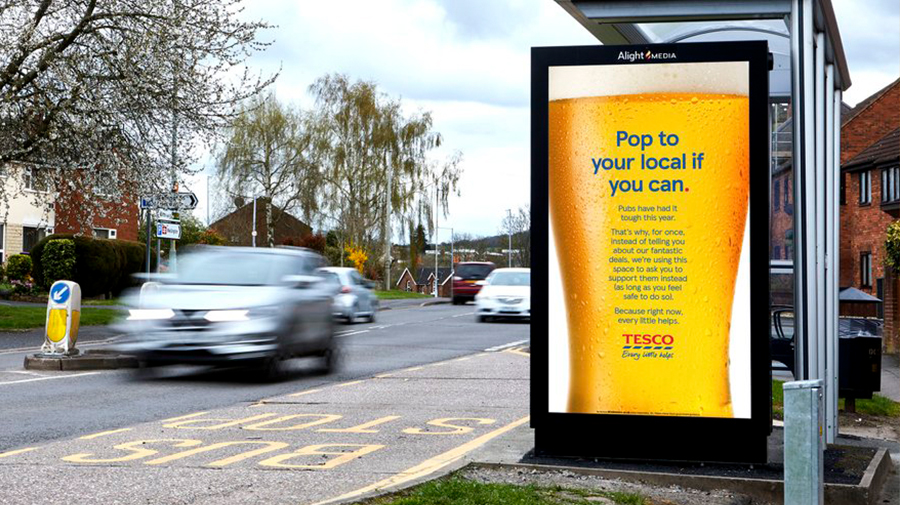 Fast food restaurants championing the competition. Supermarkets supporting pubs. And designers welcoming local businesses into their stores. These are strange times, and brands are responding in surprising ways. As the high street opens up again, we take a look at some of the retailers putting aside rivalries (or are they…?) and ask what this seemingly altruistic trend could mean for the future.

Last November, Burger King called time on trolling their fast-food rivals by releasing an ad which told their customers to ‘Order from McDonald’s’.

Flash forward to 12 April 2021 — the day pub gardens finally re-open — and the latest Tesco ad reads: ’Pop to your local if you can. Pubs have had it tough this year. That’s why, for once, instead of telling you about our fantastic deals, we’re using this space to ask you to support them instead (as long as you feel safe to do so). Because right now, every little helps.’

While pubs suffered under lockdown, retailers like Tesco cleaned up — seeing a huge boost in sales, particularly of alcohol. So over a year after the first lockdown, they’re in a strong position to do their bit for the floundering hospitality sector. But is sharing really caring?

The Tesco ad shows support but also pushes sales, purporting not to mention their ‘fantastic deals’ but, in fact, doing just that. The industry mag, Campaign, perhaps summed it up best when they called it an ‘act of generosity [and an] endearing bit of opportunism’. Of course, it’s possible to do both, and do it well. The Burger King ad also ends on the ‘salesy’ line: ‘Getting a Whopper is always best, but ordering a Big Mac is also not such a bad thing’ — but there’s a difference. The tone is more playful and self-aware which makes it feel more genuine and, well, human.

For some, the Tesco ad went down about as well as a warm, flat pint. But the public reception was pretty overwhelmingly positive, garnering lots of buzz (and publicity), particularly online. And whatever you make of it, it’s certainly a savvy move for Tesco’s brand image. It’s also a smart way to communicate the same-old ‘we’re in this together’ sentiment that’s been the staple message of pandemic advertising.

Perhaps most importantly for the retailer though, it’s more likely to win sales than lose them. After all, there are plenty of people who can’t or won’t visit pub gardens. Instead they’ll be heading online or in store, and may now choose Tesco — a brand that’s showed its caring side — over other supermarkets.

Stand together to stand out

Indeed, research by Kantar during the pandemic suggests that, increasingly, customers are choosing to shop with brands that connect on an emotional level. And, in fact, people prefer those that talk about what they can do to help society, and provide reassurance to communities. So in short, by standing together (or standing for something), brands can stand out in a crowded market.

What’s more, with a move to shopping local over lockdown, research from the Retail Times claims 65% of people in the UK have a new found appreciation of their communities and local shops. With this in mind, larger retailers may need to follow suit in providing a service with a more personal touch, and showing a more human, caring side — for the good of other businesses, people and the planet.

Eco-conscious brand Stella McCartney is doing just that, celebrating the reopening of its flagship store with #StellaCommunity — a series of pop-ups, handing over prime retail space to local businesses.

As we all reach pandemic-fatigue, we’re tired of generic advertising that talks about staying home, togetherness or a brighter future. The brands that are coming out on top are those that find original insights and new creative expressions.

Maybe this marks the start of a change in the way big brands do business, ditching rivalries and working together to support the little guys and local communities. Or maybe this brief love-in isn’t destined to last. But we’re following the developments with interest. Watch this space…