We’ve been Tesco Mobile’s lead retail agency since 2007, and it all started when they approached us for a rebrand…

In the crowded mobile sector, it’s vital to stand tall amongst giants and Tesco Mobile needed to establish themselves as a viable competitor to all the other networks with their new brand.

The solution had to sit comfortably alongside all the other brands in the Tesco portfolio so we made that our starting point. We developed brand identity options that stayed true to the values of the core Tesco brand, but had a subtle independence. These went into extensive consumer research and formed a clear route towards the final design: a graphic lozenge to represent the universally recognised mobile signal. We recommended the name remain simply as ‘Tesco Mobile’ to give existing customers reassurance, and new customers belief in a brand association they knew. We then created supporting visual language, tone of voice and brand guidelines for inter-agency use.

More than a decade later, the brand identity continues to live on and has been instrumental in helping Tesco Mobile become a major player in the industry. 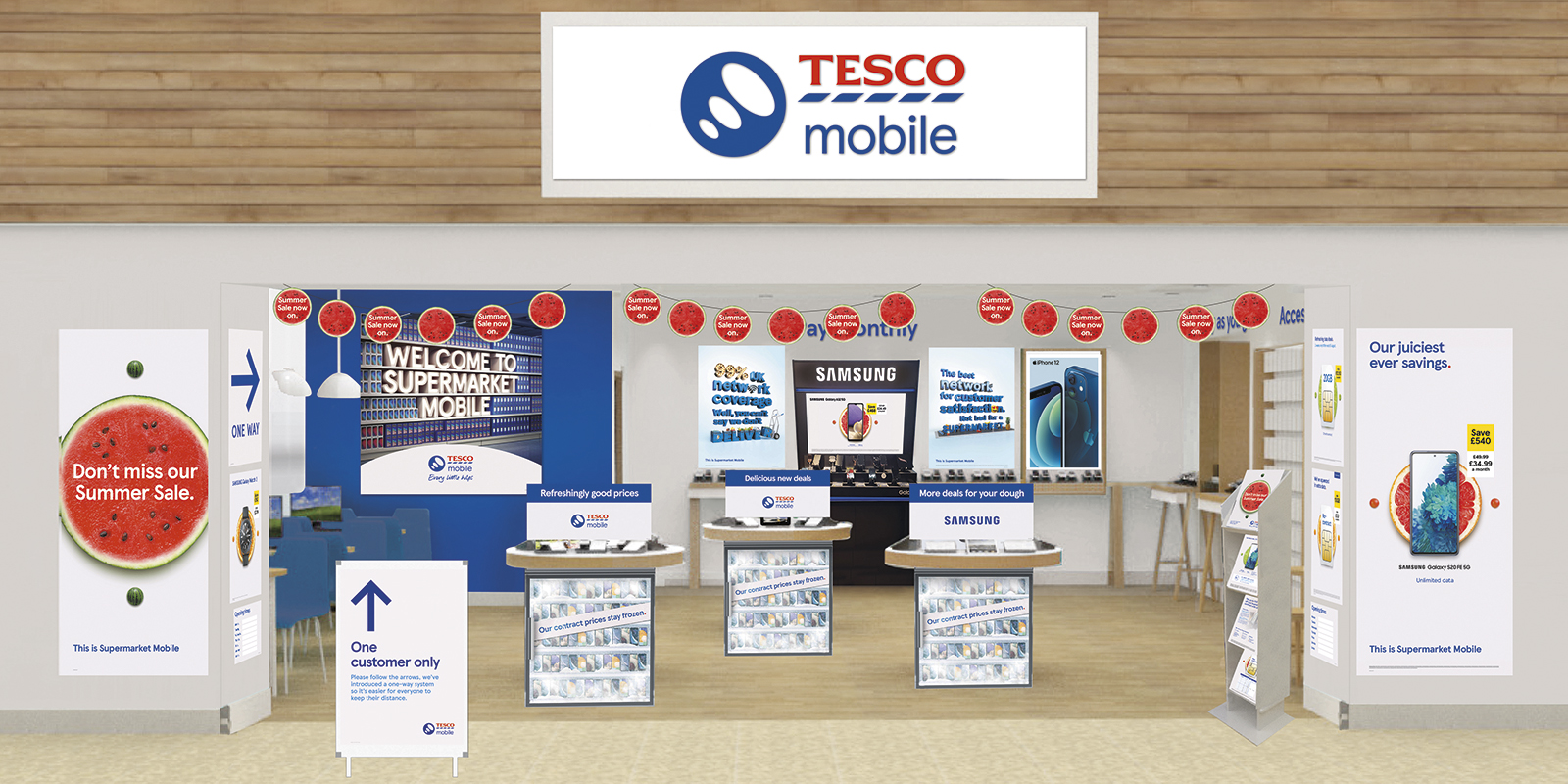 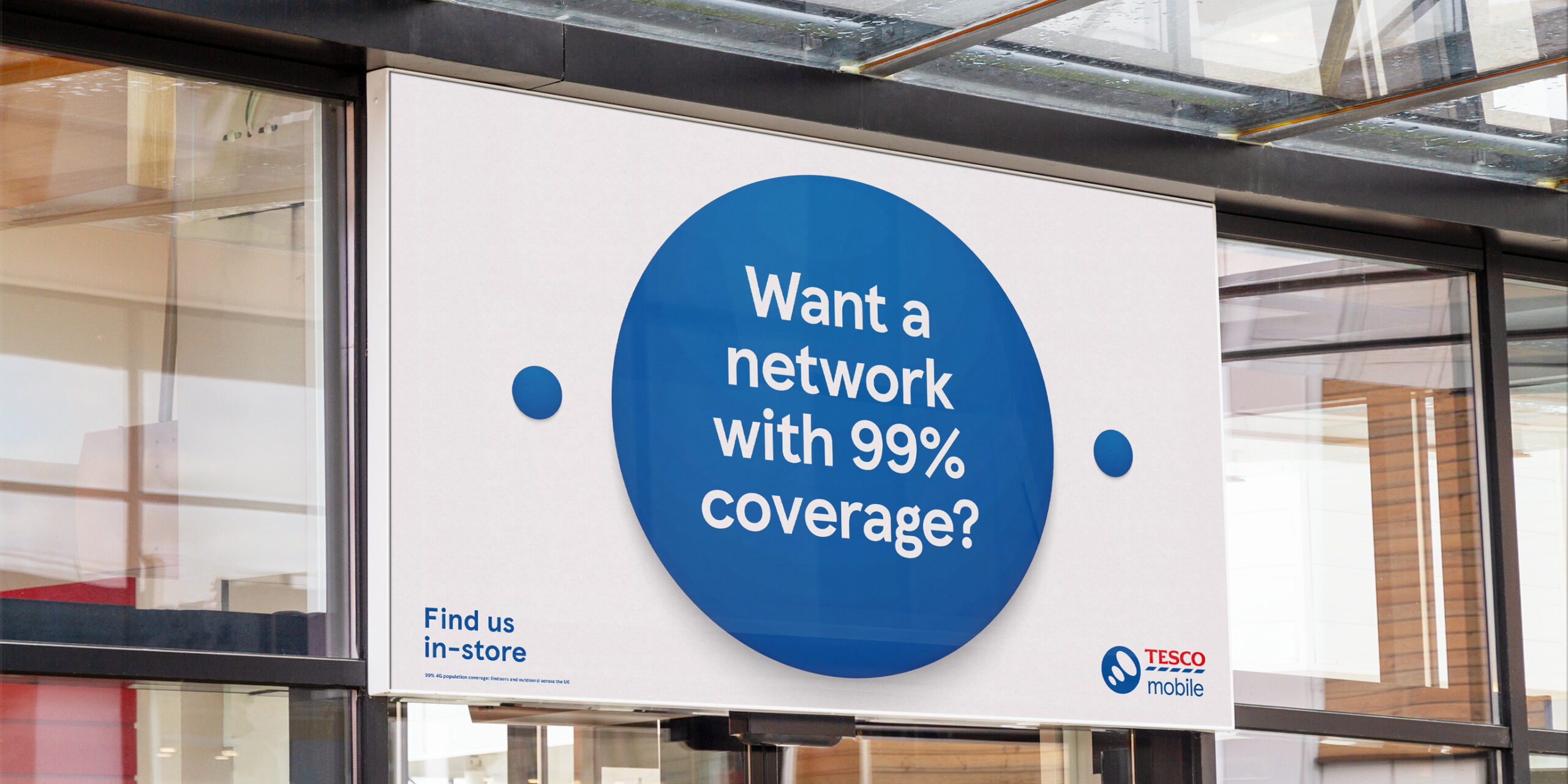 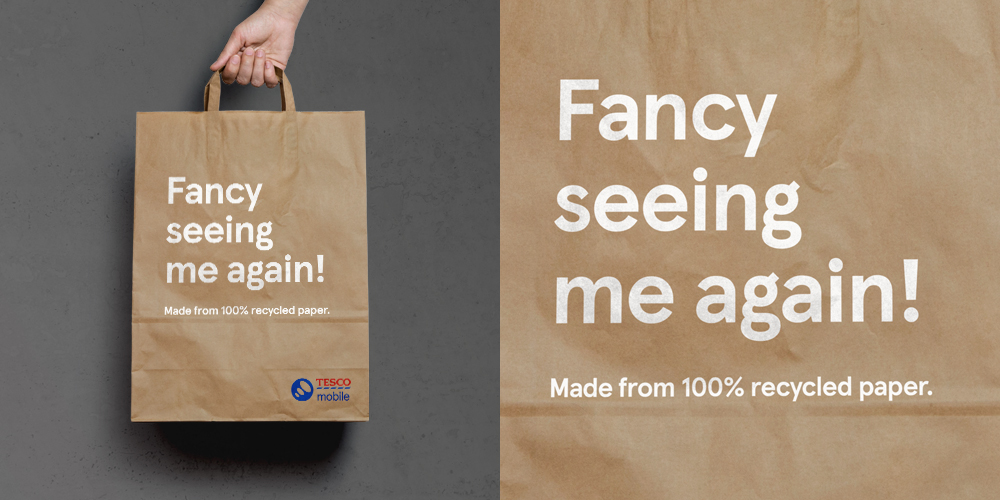