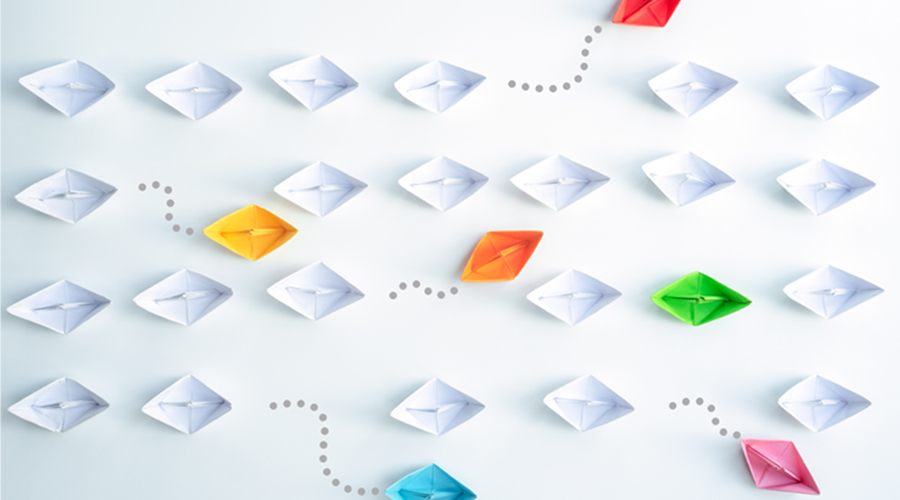 What does it take for a brand to pivot well?

Last month, The John Lewis Partnership announced plans to move into two surprising new areas: private rented housing and rented goods. It’s a move that at first glance, might seem a little unusual for twin brands used to selling homeware, fashion and food. But it got us thinking, as many brands start to adapt to a post Covid world, what does it take to ‘pivot’ well?

JLP has always been a business that does things differently, and its principles – dating back well over 150 years – are founded on democracy and equality. When you think about their new ‘pivots’, they actually make sense. Turning their empty stores into affordable housing is a brilliant way to tackle the housing crisis, and goes hand in hand with their belief that everyone should be treated fairly; while renting, recycling and repairing products is a bullseye for their sustainability plan too. It’s a strategy that’s bang on for the millennials, arguably, John Lewis’s next generation of customer, who are already well used to a sharing economy and seek authenticity above material wealth. In short, as JLP seeks alternative revenue streams as it begins to close stores, this is a pivot that is clever, modern and relevant.

2. Think VERY outside the box

Covid has of course, been a troubling time for almost all businesses. But many brands have used it as an opportunity to think creatively about their business model, repurposing and pivoting into completely different products to help others – and avoid going under. Hats off to the quick thinkers, like Glasgow Distillery who went from producing single malt whisky to hand sanitiser, and Jaguar Land Rover who, after closing its factories in March, began producing protective visors using its 3D printers. Elsewhere, with a sudden collapse in travel, Airbnb moved swiftly to help financially floundering hosts offer new ways to connect with guests via virtual services, like online cooking courses, meditation and art therapy.
These brands have all shown how a little lateral thinking really can pay off when pivoting – with a big dose of altruism to boot.

Anyone remember Virgin Cola? Promising to be ‘the most exciting cola brand to ever be seen in the US market’ it launched in 1994 amid much fanfare and arguably Virgin’s most out-there PR stunt ever, as Richard Branson himself drove a tank through three tonnes of rival Coca Cola cans in Times Square. Virgin Cola began to fly off the shelves. Success? Well, no. The reason was not because it was selling, but because Coke went after them in a big way, offering retailers an offer they couldn’t refuse to NOT stock Virgin Cola. As a result, Virgin Cola were pretty much kneecapped – which just goes to show you need more than a tank to conquer an army.

4. Be different (enough) from your competitors

Reflecting on Virgin Cola’s downfall years later, Branson himself admitted that a further problem with Virgin Cola was that, when going head to head with Coke, they knew they didn’t really have anything unique. He said that ‘the taste of (Virgin Cola) was maybe marginally better. But it was neither here nor there’ and that what he learned was, ‘only to go into businesses where we were palpably better than the competition’. Wise words, and some that perhaps Tesco could’ve heeded when it launched Jack’s, its value brand, in 2018. Despite the media frenzy Jack’s just couldn’t compete with the German discounters, Lidl and Aldi, two brands already holding a firm place in the British public’s heart. Aldi and Lidl had already differentiated themselves from the Big 4 supermarkets with the ‘middle of Lidl’, and ‘Special Buys’. Perhaps if Jack’s had offered a more value-added proposition too, say, in terms of innovation rather than price, it might have survived.

A smart pivot can save a struggling company and create growth in a new direction, or even lead to domination in a totally new industry. But as these examples show, pivots need many ingredients to be successful. Ultimately it comes down to consumer trust in something that goes beyond the product and, like John Lewis, lies in an affinity with the brand’s core values. Never Knowingly Under-pivoted? For the John Lewis Partnership, time will tell.